You’ve been asked to create a poster for an exhibition at respected museum of history. First select a famous 20th/21st Century speech, then using the content of the speech, create a typographic composition that visually expresses the text of the speech. Next, choose a song from the same year and create a typographic composition that visually expresses the lyrics. Should visualization of the music contrast with the speech? Each of your compositions should express the mood of the text. Set goals for your compositions. Should they be powerful, chaotic, express doubt, hostility, or be optimistic and carefree? Next, experiment with your completed compositions by altering them in some way, such as; photocopying, scanning, hand tracing, photographing, physically taking apart and reassembling, moving, folding, bending, tearing 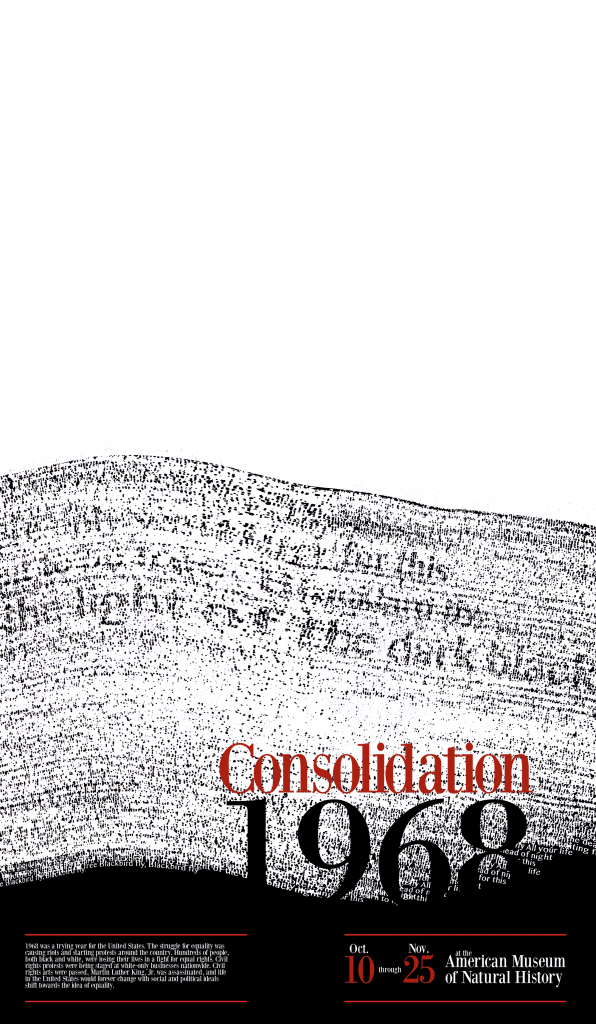