The work of SHSU Graphic Design student Destiny Phillips was included in the 2018 National Student Show and Conference. Hosted by the Dallas Society of Visual Communications, this year’s show received entries from across the U.S. and included work from the Edinboro University of Pennsylvania, Southern Methodist University, Savannah College of Art & Design and others.

Destiny created a poster to raise awareness of the use of animals for testing purposes.

Q: What is “Blinded”?
Blinded is a term that doubles in meaning as the action that is happening to the rabbits and people turning a blind eye to animal testing. 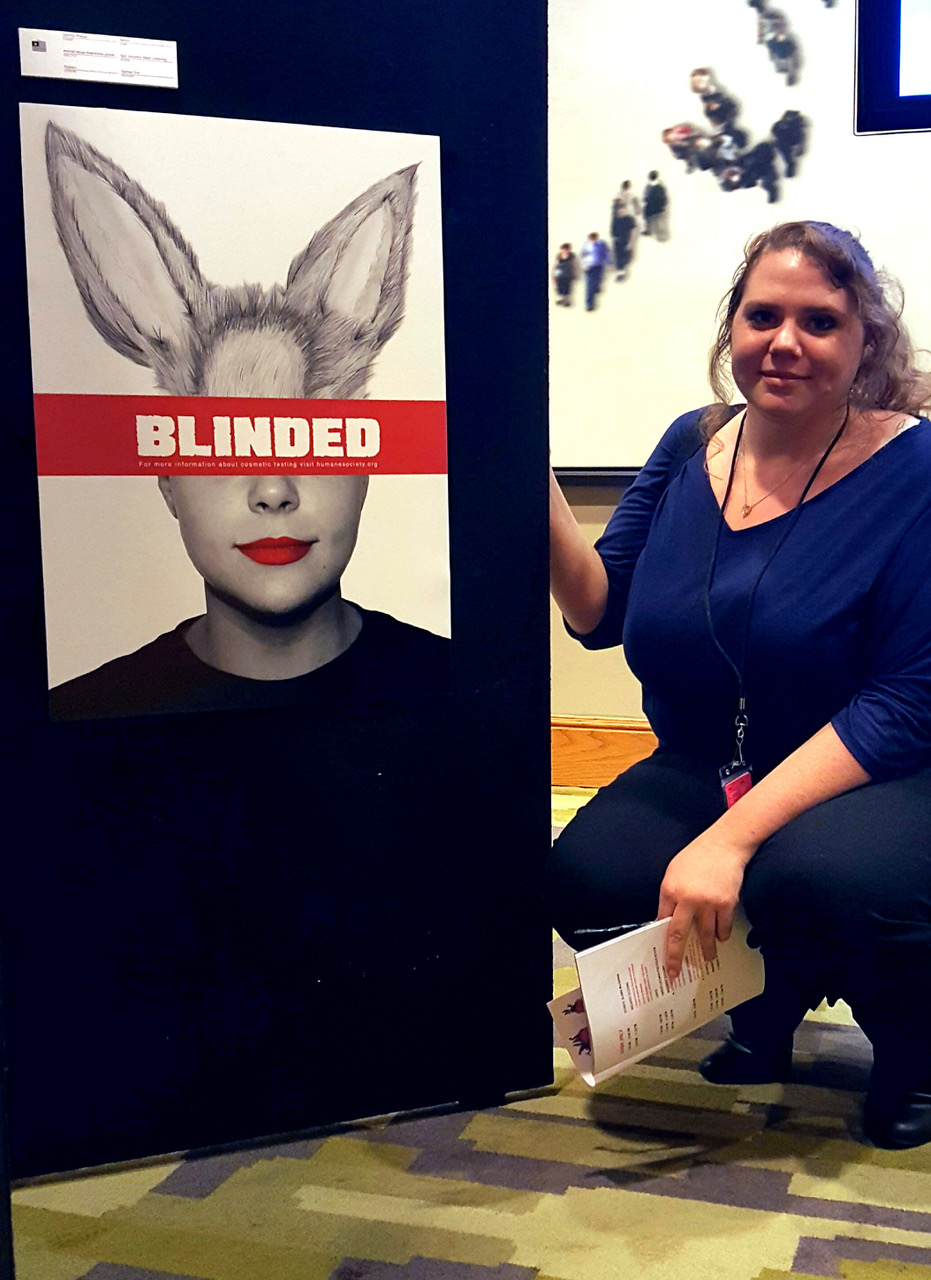 Q: How about your poster solution, can you explain your concept?
The Draize test inspired the idea about using rabbits and the word blinded because thats how the rabbits (as well as other rodents) get blinded. From there I thought about blindfolds and figuring out how to marry both the idea and awareness of rabbits getting blinded during testing and people turning a blind eye to it when it comes to cosmetics. I chose a rabbit because they are particularly favored when it comes to testing due to their gentle nature, and because of their eyes. Their eyes have no tear ducts which means the effects of chemicals dripped in them can easily be studied as they can’t be washed away by tears. Once I had the blindfold idea I went about different ways of showing the concept to reinforce the idea.

Q: How did you create your poster?
Part of my process was drawing rabbits over and over until I got the look I wanted and then I redrew the top portion of the ears to the exact size of how they would be on the poster. From there I used a friend as a model to photograph and took it into photoshop to desaturate the face and add lipstick color.

Q: What was the most satisfying part of your assignment/project?
Definitely having a successful drawn portion and strong concept. I don’t do much drawing so I wasn’t sure at first if I would be able to do it.